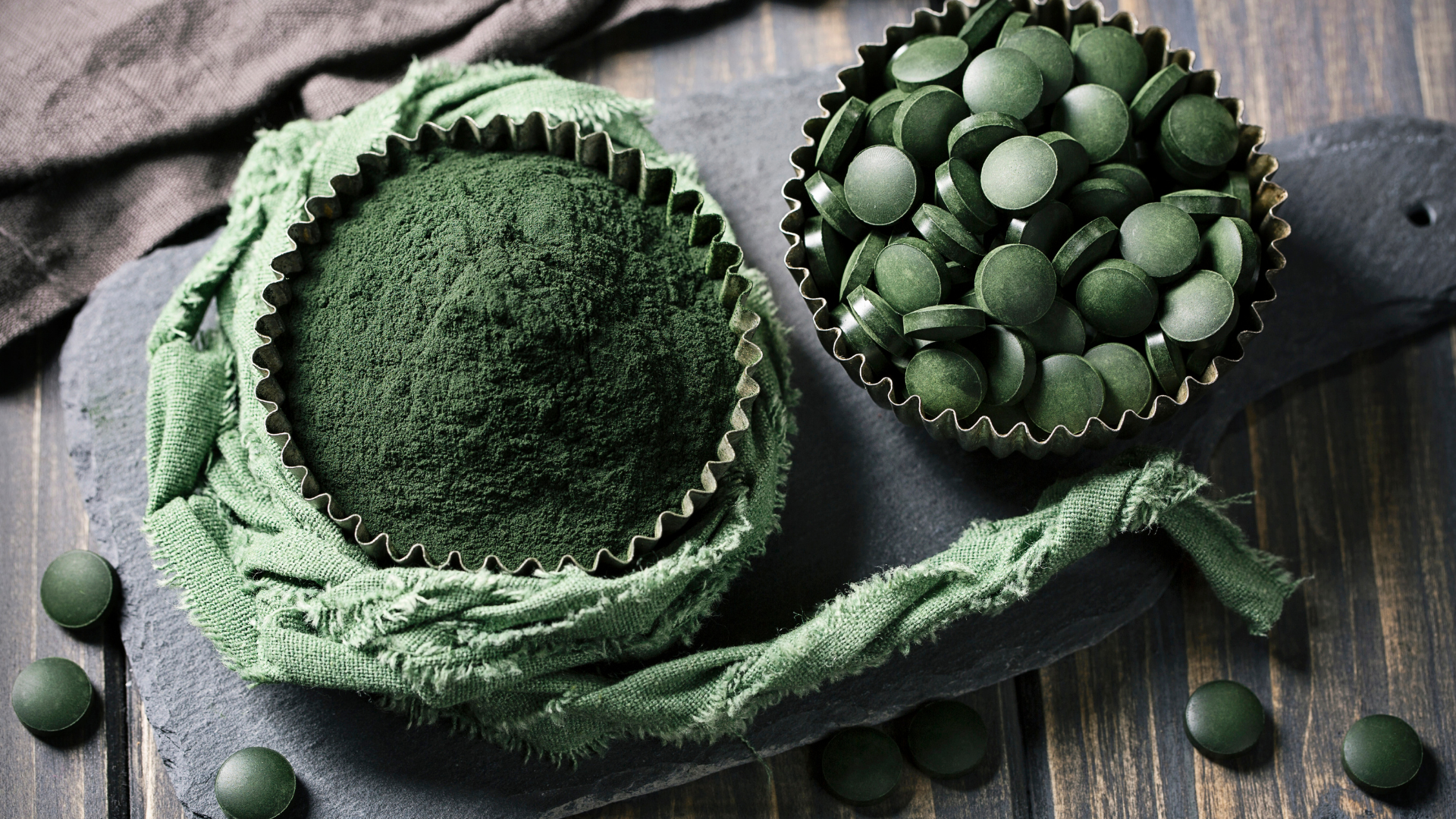 I would bet you have already heard of this “magic” plant called Spirulina, right? Recently, there has been a huge hype around it in the running community. Spirulina benefits for runners is our today’s topic, prepare to learn something new!

Spirulina is a blue-green algae which many people like to call a “Superfood”. Why? It is mostly because of its exceptional nutritional composition. And for that reason, more and more runners including professional athletes add it daily into their smoothies.

Even though a lot of people seem to only discover it now, it is actually one of the oldest plants on Earth. It has actually been used as a weight-loss aid and immune booster for centuries. According to historians, Aztecs were using Spirulina as a daily food source until the 16th century. Usage of Spirulina has been also documented in Africa – known by the Kanembu tribe living close to Lake Chad.

Spirulina grows in both fresh and salty water. The biggest production farms can be found in Mexico or Central and East Africa.

After it gets harvested, it is dried into powder which is sold as it is or in the form of capsules.

Its composition is following:

100 grams of Spirulina supplies 290 kilocalories. For illustration, 1 teaspoon of Spirulina is about 3 grams.

Based on available studies, Spirulina benefits for the human body seem to be substantial. Experts agree that a lot more research still needs to be done though. Let’s have a look at what we already know.

Looking at the composition, the first thing that strikes you is the high level (50% – 70%) of proteins. Spirulina is actually one of the few plant-based foods considered as “complete protein”. It means that it provides amino acids that our body needs but can’t produce on its own. That makes Spirulina very valuable for vegans.

But don’t get it twisted though. Even though the amount of protein in Spirulina is high, there are cheaper and richer sources of protein out there. In case you don’t mind eating animal products, you should consider chicken, eggs or white yogurt. You should definitely not think of Spirulina as your main source of daily protein. Otherwise, you would really need to eat a lot of it.

The high amount of iron and zinc that Spirulina contains is generally beneficial to our immune system. But again, there are other richer sources of iron such as red meat, beans or nuts.

What is more interesting is that according to the study from 2011, thanks to high iron and zinc, Spirulina can help with overcoming anemia. Anemia is a lack of healthy red blood cells that can carry oxygen around your body. It can make you feel weak and tired and it is actually quite common among athletes.

Another interesting fact about Spirulina is that it contains incredibly high levels of beta-Carotene. Beta-Carotene is a red pigment that naturally occurs in plants and fruits.

Our body is able to transform beta-Carotene into vitamin A, which is a crucial nutrient for our vision and muscle cell growth. One teaspoon of Spirulina contains twice as much as the daily beta-Carotene requirements of your body!

Probably the main reason why Spirulina benefits runners is its high level of antioxidants. Antioxidants are molecules that help to prevent skeletal muscle cell damage caused by oxidative stress during long workouts.

Clinical research shows that Spirulina not only contributes to less damage and quicker muscle recovery but it can also help to prevent chronic inflammation. All of these are absolutely crucial for better running performance.

A very interesting case study published in 2010 in Medicine and Science in Sports and Exercise magazine demonstrates the results of regular Spirulina usage on 9 moderately trained males.

In the study, each testing subject received 6 grams of Spirulina / Placebo daily for a period of 4 weeks. After that, subjects were put to run on the treadmill for an extended time while their performance was being monitored.

All that is very good news for any marathoner or aspiring long-distance runner. Spirulina is definitely an option to explore. It can be the next piece of the puzzle on the way to better running performance.

Most of the long-distance runners, including ultra-marathoner Steve Jurek, mix Spirulina powder into their pre-workout smoothies. Prepare a simple smoothie based on Steve’s recipe by yourself.

Put all ingredients in a blender and blend for 1-2 minutes. Drink 2 glasses around 30 minutes prior long run. You can find many more healthy running recipes in Steve’s book Eat and Run.

Spirulina generally comes in form of powder or capsules. Consider powder if you plan to blend it into your smoothie or juice. Otherwise, feel free to choose from wide range of capsule Spirulina products.

One top quality powder Spirulina product for you:

This 8 ounce (226 g) package of US-grown Spirulina is a great first choice to start with. It is gluten-free and by purchasing it, you support local US Spirulina farmers.