6 Marathons in 6 Weeks. Shalane Flanagan’s Achievement Will Make You Wonder

Former American Olympian Shalane Flanagan has made an amazing accomplishment this Sunday by finishing New York City Marathon at 2:33:34 and therefore achieving her goal of finishing all of the world’s six major marathons within six weeks, all of them under three hours.

Now 40-year-old Shalane Flanagan is a 2017 New York City Marathon champion (first American NYC marathon winner after 40 years) and NACAC area record holder in a 5k indoor race and 10k road race. Even though she retired from professional career in 2019, she doesn’t cease to amaze.

And in recent 6 weeks, she literally got all the running world’s attention. 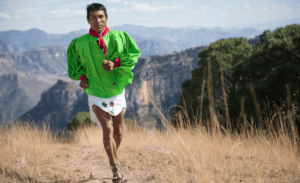 Popular
Tarahumara Pinole: The Best Fuel For the Long Run

2021 was literally a historic year for running and not only because of the coronavirus pandemic. It was actually the first time when due to many events scheduling changes, all six major marathons (Berlin, London, Chicago, Boston, Tokyo, and New York) took place within the span of just 6 weeks. Yes, 6 marathons in 6 weeks.

Somebody should try to run all six. Why not me? asked Flanagan.

And she did. This Sunday 7th November, she managed to accomplish something that may possibly never be repeated again.

She started her unlikely journey in Europe, running in Berlin and London. Berlin marathon took place on 26th September and Flanagan finished under 2:40, a very encouraging start. Moved to London a week later, on 4th October, where she finished at 2:35.

Back in the US

Having only 6 days off before the next event, she flew back to the US and had to get ready for the most difficult part, Chicago and Boston marathons taking place back-to-back days, on the 10th and 11th of October.

She finished Chicago Marathon in 2 hours 46 minutes 39 seconds and ran the next day to complete the Boston marathon at 2:40:34! A spectacular achievement considering that most of the competitive athletes take weeks or months off in between such races.

With Tokyo and New York left on the list, Flanagan moved to her home running club – Nike’s Bowerman track club in Portland, Oregon, where she currently works as one of the head coaches.

On 17th October, she ran there the virtual version of the Tokyo marathon which was postponed due to the COVID-19 pandemic.

Before running in New York, Flanagan had 3 weeks off, which according to her, was actually more challenging than running back-to-back weekends. The last of the 6 events kicked off on 7th November and Shalane completed in 2 hours 33 minutes 34 seconds, her best of 6 marathons time!

Running 6 marathons in 6 weeks, plus all of them under three hours is undeniably a huge achievement that has let the runner herself full of impressions.

“Honestly, I had no idea that this project would be as magical as it has been,” she wrote on Instagram.

“I am having the most fun that I’ve ever had running. I have loved this sport for over 20 years, but in the past six weeks I simply fell for it. With an overflowing and full heart, I can genuinely say, I don’t want it to end. When I crossed the finish line in New York, elated and exhausted, I knew I will wish that I could do this all over again.”

Let’s add, we all wish and hope that she can.